Radio 1851 is Saint Joseph's University's student-run radio station. We play a variety of genres, including classic rock, rap/hip-hop, country, and alternative. The purpose of Radio 1851 is to provide a creative outlet for students who desire to have their voices heard on campus or just want to rock to some music! After a training session and some managerial guidance, any student is capable of having a channel of their own!

The station began in 1922 as WSJR, the first college radio station to broadcast on AM frequency, and then moved to FM in the 1980s. After a brief hiatus, Radio 1851 returned in 2010 to broadcast exclusively online. We now stream exclusively from Tune-in, as well as our Android and iTunes applications.

Our studio is located on the third floor of Simpson Hall on the campus of Saint Joseph University, Philadelphia, PA, 19131. Previously, Radio 1851 streamed live from within the glass enclosure located in the lower hallway of Campion, SJU's cafeteria.

Click here for a campus map or to be directed to Saint Joseph's University's Home Page. 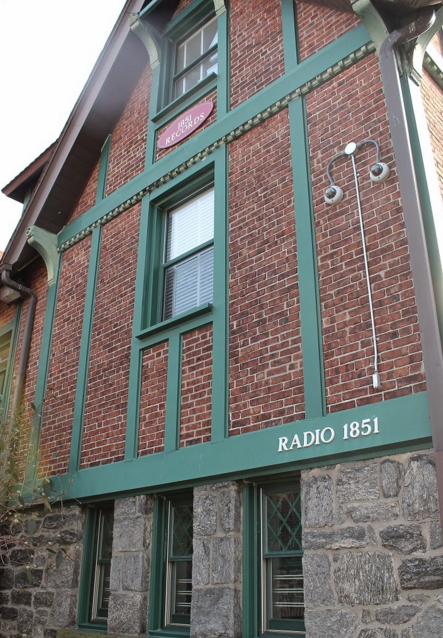 Radio 1851 thanks you immensely for contacting us, whether that be for reporting a problem or reaching out for a collaboration!

We hope to get back to you as soon as possible.