The support for Hawks doesn’t stop when they leave Hawk Hill.  We are constantly cheering on our Hawks during the next stages in their careers.  Currently we have three Hawks playing in the NBA and one playing in the WBNA! 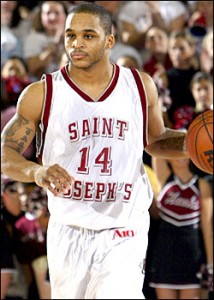 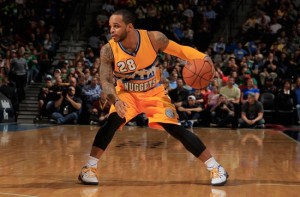 Perhaps the most decorated player in Hawks history, Jameer Nelson currently plays for the Denver Nuggets.  Nelson graduated in 2004 after leading the Hawks to a 27-0 regular season record and an appearance in the Elite Eight.  During the perfect season, Jameer averaged 20.6 PPG, 5.3 APG, and 2.9 SPG and was recognized with the Wooden Award, the Naismith Award, and many other accolades.  After finishing his career on Hawk Hill, Nelson was drafted 20th overall by the Denver Nuggets, but was immediately traded to the Orlando Magic, where he spent the first ten seasons of his professional career.  After leaving Orlando after the 2013-2014 season, Nelson played for three teams in the 2014-2015 started the season on the Dallas Mavericks, then traded to the Boston Celtics and then traded a second time to the Denver Nuggets. 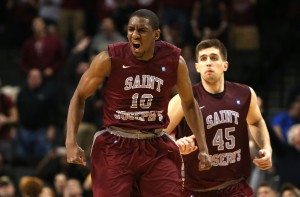 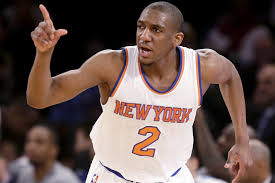 Langston Galloway was a four year starter for the Hawks, graduating in 2014.  As a senior tri-captain he led the Hawks to their first Atlantic championship since 1997 and a berth in the NCAA tournament.  He is the second leading scorer in Hawk history to Jameer Nelson and the leader in career three pointers.  After graduation he went undrafted, but signed with the Westchester Knicks, the D-league affiliate of the New York Knicks.  He became the first ever Westchester Knick to be called up to the Knicks after signing a 10 day contract on January 7th, 2015.  He performed well on basketball’s biggest stage and recieved a second 10 day contact before signing a two year partially guarentee contract with the Knicks. He was named to the NBA All Rookie Second Team and was the third leading rookie scorer with 11.8 PPG, only behind Jordan Clarkson and Andrew Wiggins. 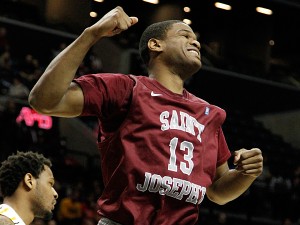 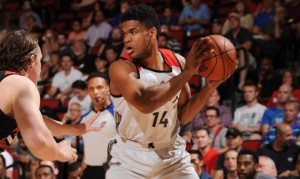 Along with fellow NBAer Langston Galloway, Roberts helped lead the 2013-2014 Hawks to a conference championship and an NCAA berth.  Known on Hawk Hill for his monstrous rim-rocking dunks, Roberts appeared numerous times on the Sportscenter Top 10.  After his senior season where he averaged 14.4 points, 7.4 rebounds, and 1.3 blocks, Roberts played for the 76ers and Warriors D-league teams.  He performed very well in the 2015 NBA Summer League, which lead him to signing with the Toronto Raptors. 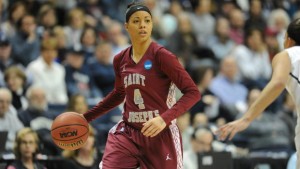 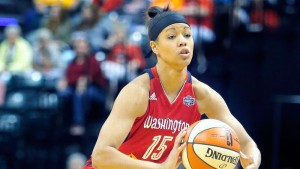 Natasha Cloud transferred to SJU after her freshman season at Maryland, and was a staple of the Lady Hawks team for the next three years.  She was an integral part of the two teams that went to the NCAA tournament including the 2012-2013 Atlantic 10 Championship team.  She was recongized on the Atlantic 10 All Confrence First Team after her senior season.  After a great career on Hawk Hill, she was selected by the Washington Mystics in the 2nd round, 15th overall.