Alicia Nichols of the Battered Women’s Justice Project addresses one of the most prevalent– yet hidden– stigmas within the Black community, and a main contributor to domestic violence. A recent study conducted by Stephanie Castelin and Grace White analyzed the link between college-aged Black women and higher suicidal tendencies. In the beginning of their article, these researchers discussed what they coined the “Strong Black Woman Schema.” The SBWS is referred to as the societ 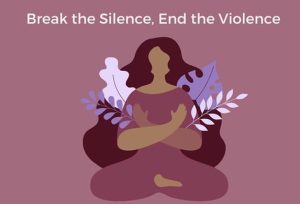 al expectation for Black women to show exceptional resilience and strength despite being more likely to experience a traumatic event in their lifetime compared to their White peers (Castelin). Consider this: “more than 40% of Black women have experienced intimate partner physical violence, intimate partner sexual violence and/or intimate partner stalking in their lifetimes,” leaving Black women at a disproportionately high rate of violence (Coburn Place). These unfair stereotypes discourage Black women from expressing their emotions or concerns; it encourages them to suffer in silence because they have been told that they can handle it. In the case of Ms. Nichols, and undoubtedly many others, the Strong Black Woman Schema has perpetuated and prolonged the instances of violence among Black women.

Ms. Brown of the Safe Sisters Circle points to other underlying issues that keep Black women trapped in cycles of violence. She writes that, as a marginalized group that has been and continues to be repeatedly denied autonomy and respect, Black women are constantly at higher risk for mistreatment by virtue of history (VAWnet). Recognizing these disparities is a key factor in breaking this cycle, and it can have positive implications for your own loved ones. If you’re more aware of those who are more at risk, you’re more likely to pick up on warning signs.

As the saying goes: if you see something, say something. The national domestic violence hotline (800-799-7233) is monitored 24/7, and regional help centers can be found with a quick Google search. Notice: if your loved ones in a relationship are exhibiting new and worrisome behaviors such as isolation or withdrawal, a minimized sense of self-worth or autonomy, expressing that they feel trapped within a relationship, or are hiding physical injuries, then they could be falling victim to an abuser. Be aware, also, of signs that one’s partner is excessively jealous, controlling, or angry, or is quick to shower their victim in fake love and insincere apologies after a fight (Women’s Advocates).

Remember that these signs are not as obvious as you may think, but remain on the lookout regardless. This October 20th is National Domestic Violence Awareness Day, and the greatest gift you can give to survivors (and yourself) is self-education, support, and empathy. Keep in mind the Black women who are struggling against domestic violence in staggering numbers, and know that you have the power to protect yourself and others from domestic violence.

DePaoli is currently interning with a private mental health practice based in Maryland. Therapeutic Freedom is an amazing therapy practice owned and led by a Black woman, Mautez Bethel, with a focus on providing telehealth care to women of color. As part of its social media and online presence, Therapeutic Freedom has a blog that she has recently taken over, which ranges from information about self-care to studies of mental health services in underserved populations.

“I wrote this piece in honor of Domestic Violence Awareness Month in order to highlight a shockingly disproportionate and prevalent problem that mostly impacts Black women. Although my short essay just scratches the surface of some of these contributing factors, I hope that it sheds some light on a difficult topic and potentially inspires further research into an incredibly important area.”